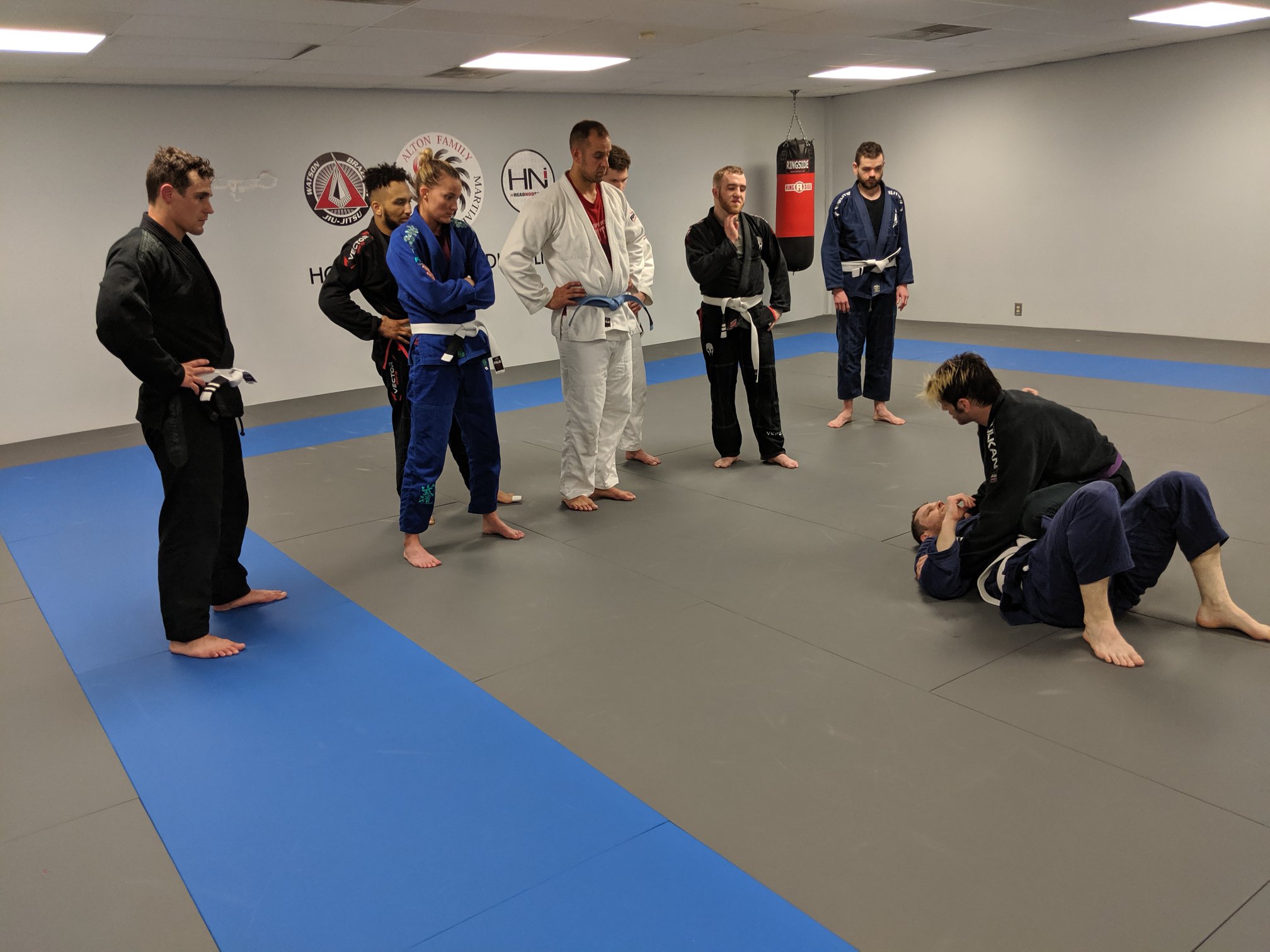 BJJ promotes the concept that a smaller, weaker person can successfully defend against a bigger, stronger assailant by using leverage and proper technique, taking the fight to the ground – most notably by applying joint-locks and chokeholds to defeat the other person. BJJ training can be used for sport grappling tournaments (gi and no-gi) and mixed martial arts (MMA) competitions or self-defense. Sparring(commonly referred to as “rolling”) and live drilling play a major role in training, and a premium is placed on performance, especially in competition, in relation to progress and ascension through its ranking system.

We offer both Gi and No-Gi BJJ at Alton Family Martial Arts & Fitness.